Cancellation of the tournament

Participants will be refunded one entry fee. It doesn't matter how many contributions the player has made. Hall commission is not applied.

Each held tournament has from 3 to 5 winners. If a player has 0 points, this player cannot be a winner. Winners are calculated only in tournaments that "took place" (10 or more contributions were made, 3 or more valid players). With the same number of points scored, the winner is the one who first scored this amount of points.

The amount of the prize fund = the sum of all entrance fees of the players minus the percentage of the hall (if specified). The calculation of prizes is done according to the formula: each next one receives 2 times less than the previous one (a slight error is possible when rounding to hundredths)

Creating / editing / canceling a tournament in the admin panel 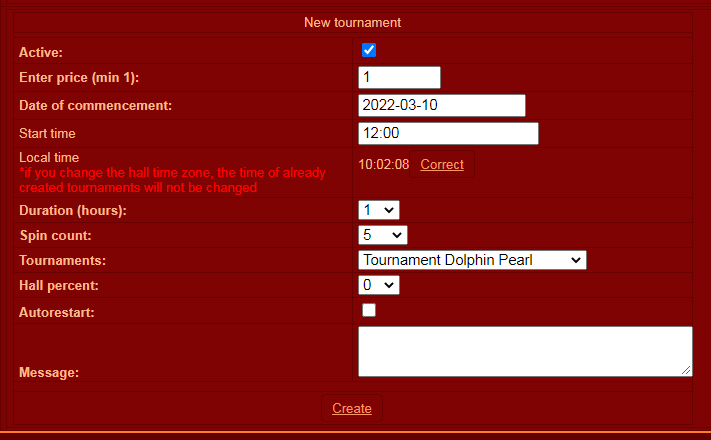 The hall owner (agent) can create a tournament. To do this, agent needs to go to the “Tournaments” section on the hall settings page. When creating a tournament, the price for entry is indicated, the game is selected, the number of spins, the date and time of the start, the duration of the tournament, and (optionally) you can set the percentage of the hall and an informational message

A tournament can be created in the future time as a one-time event or with an automatic renewal schedule by day of the week. Tournament duration - 1 hour, 12 hours or 24 hours The tournament is created taking into account the local time of the hall You cannot create tournaments for 1 game in the same period of time

The auto-restart option allows the owners of the halls to set up the desired tournaments one time and no longer waste time on it. The game process and tournament results are available in the game logs, similar to the game logs of regular games. When calculating prizes, the player's balance is increased by the amount of the prize, the hall balance is not changed.

On the “Tournaments” tab, the game selector shows all current and future tournaments, as well as the history of tournaments. On the icon of each tournament there is information on the tournament: start date, time to end, entry cost, number of spins and the number of bets already made in the tournament. 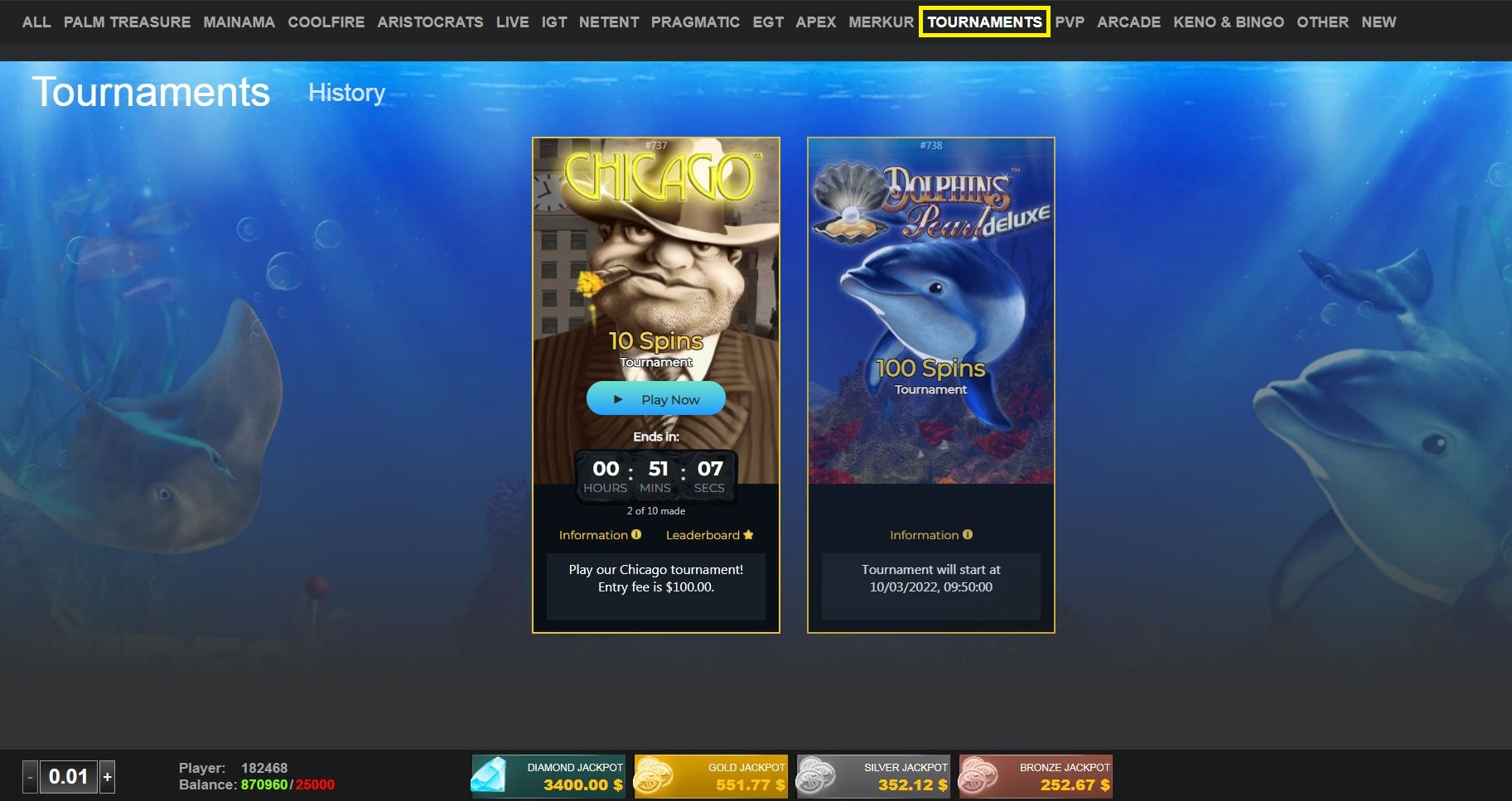 Clicking on "Leaderboard" will bring up a list of the top 20 players with points. 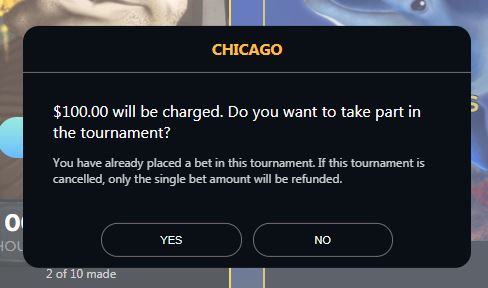 The history of tournaments shows the Id and name of the tournament, status, end date, list of winners and prize amounts.